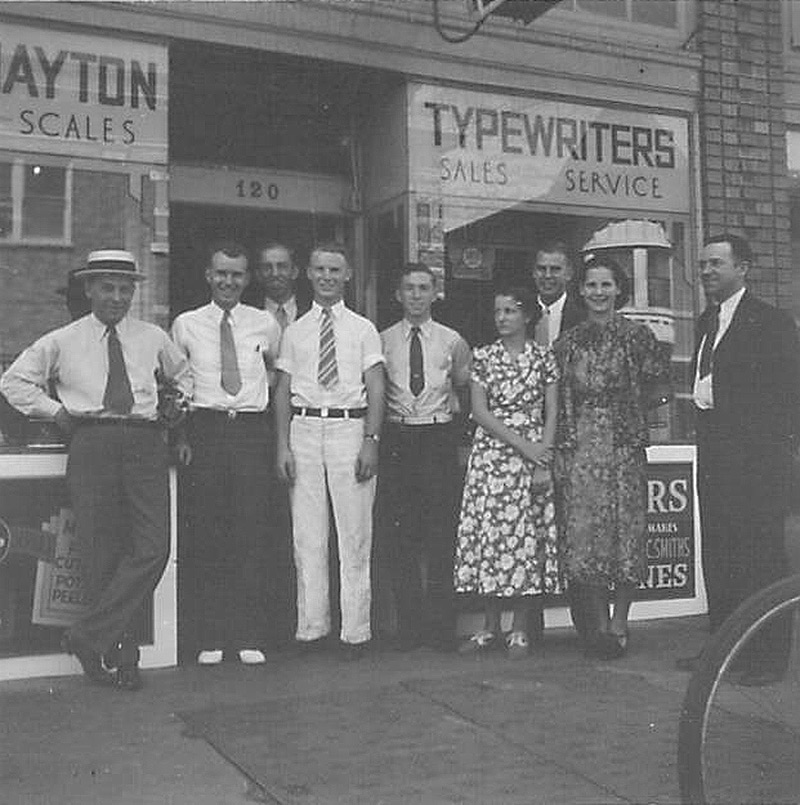 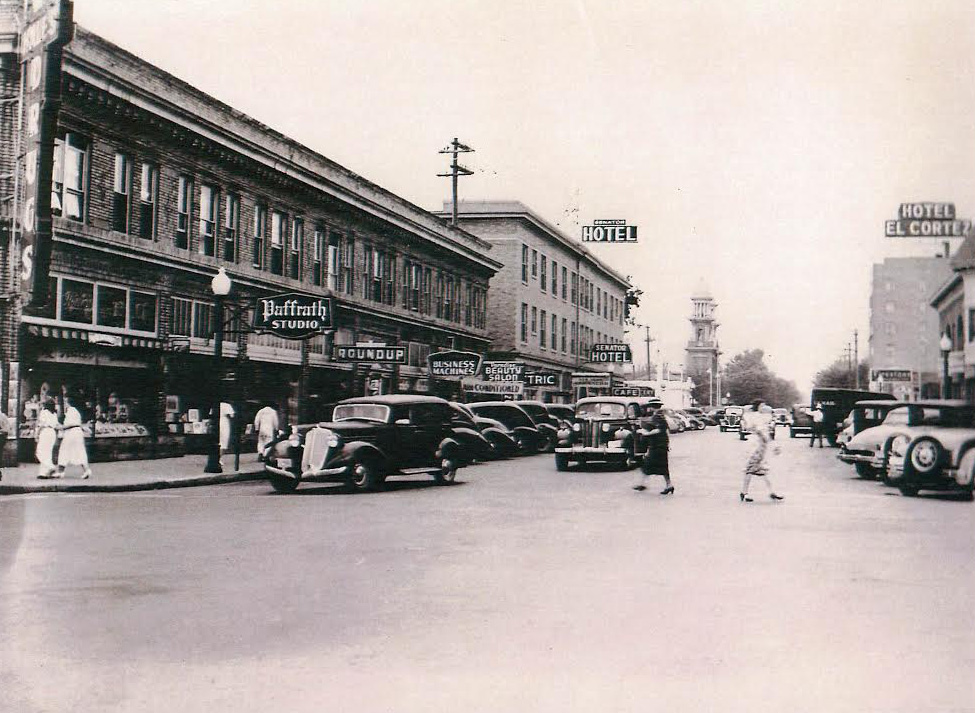 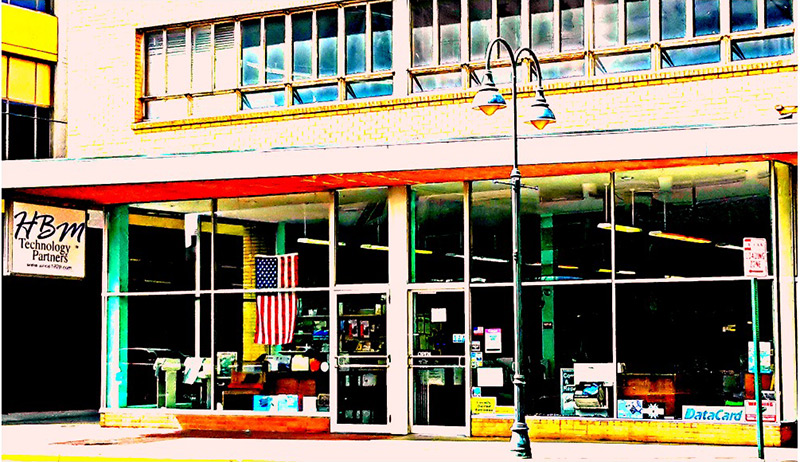 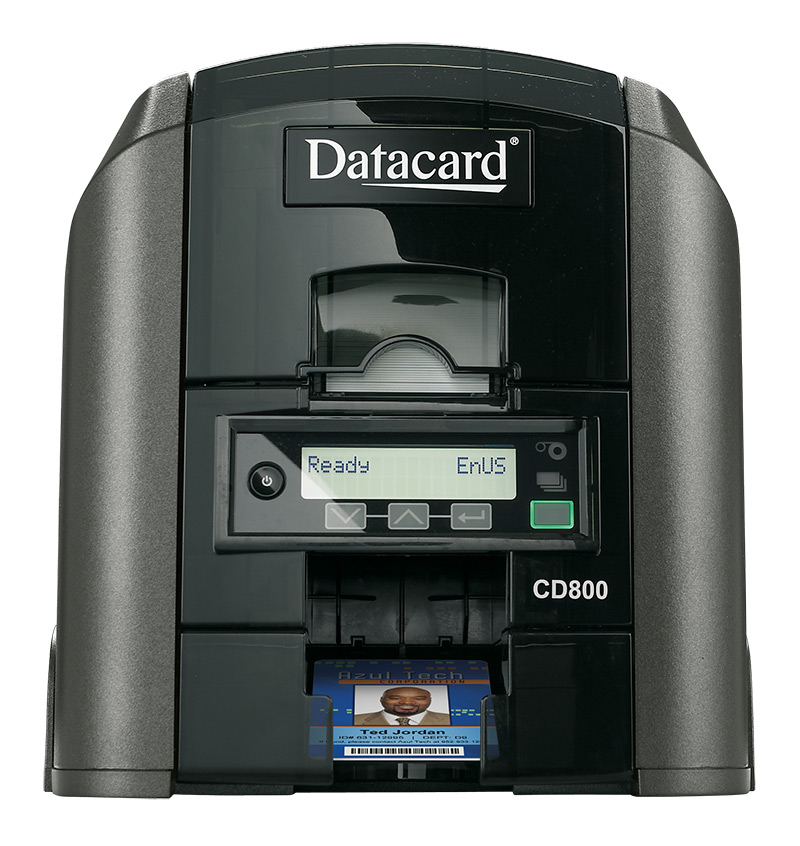 HBM Technology Partners/ Harry’s goes far beyond the PC, far beyond mere connection of hardware and software.  We can assist and advise you with nearly anything to do with your business or personal technology.

Harry Stephan Foote was born in Gold Hill, Nevada, just south of the world famous Virginia City. His father and grandfather worked in the area’s gold mines. As the mining industry waned, his family moved to Sparks, Nevada. He graduated from Sparks High School, serving as the school newspaper and yearbook editor.

Harry worked for Reno area business equipment companies thereafter, and met a young lady, Marie Williams, from Ely/ Lane City, Nevada, that was attending the University of Nevada at Reno. They were married in 1928, and honeymooned in San Francisco. (That was the year the Coit Tower was built in the city, and the trip from Reno to San Francisco was quite an ordeal, taking two days time or more, along with numerous spare tires). Stemming from a disagreement with his employer just prior to his wedding, he received a telegram that read, “Take your time coming home. Have another man to take your place. Would suggest that you get a job in Frisco.”

In the next couple of days he made contact with Bay Area suppliers who not only gave him some business advice, but agreed to give him credit for equipment. Although he asked one supplier for the advance of six typewriters, a day or two after he arrived home he received eighteen. And that was the beginning of Harry’s Business Machines.

The business was first located at Six Arcade Building, where the Reno City Hall (formerly Wells Fargo Bank and Cal Neva Tower) now stands at First and Virginia Streets. Until incorporated on March 4th, 1929 the business was known as “Harry’s Typewriter Shop”.  In a few years, growth dictated a move to 120 West Second Street. By the middle of the 1940’s the business moved just up the street at 130 West Second Street, and soon grew to occupy 132 West Second Street also. In 1949 another move was made to its own building and present location at 323 West Street.  The business has been a lasting yet constantly changing fixture of the now revitalizing Downtown Reno, and one of the few businesses that has remained over those decades.

Over the years, Harry’s represented a variety of suppliers and marketed and serviced a wide variety of business products, continually adding and changing to best serve the growing City of Reno and surrounding territory. For many years the sales and servicemen traveled as far south as Tonopah and north to Susanville, east to Ely and west to Truckee. In the early days of the business (in addition to typewriters and adding machines of the day), Harry’s sold grocery scales, coffee grinders and meat slicers – necessitated by the time of the Great Depression and World War II.

During the war, manufacturing was almost exclusively dedicated to the war effort (most office equipment manufacturing operations were converted to munitions factories)  — therefore little or no new equipment was available, and the business had to rely on the rental and repair of existing equipment. In order to survive during the slower winter months, toys (yes, toys) were sold. Small wooden Jeeps were even made in a shop behind Harry’s home.

Changing with the Times

When World War II ended, new national production wasn’t directed toward business equipment, but rather items for home use, and this was well previous to many home electronics. For a period of about five years, the business sold home appliances. In addition to the few new typewriters and adding machines that were being manufactured, one could find television sets, refrigerators, washing machines and kitchen cabinets at Harry’s. This period ended in 1950 when the last of the home appliances were moved out and additional office equipment and furniture took its place. The addition of electric motors to business machines (quite an innovation at the time) had been accomplished several years earlier, and the 50’s was the time when they became widespread. It was during this time Harry’s son Gordon Foote became active full time in the business, after serving  in the U.S. Army in Korea.

In this pre-PC, pre-internet, pre-email era, we had a need to maintain a reusable mailing list for our own purposes – and in a stark example of the technology of the time – we used a metal plate embosser to keep our “client database”.  This was the same sort of system and technology that was and is used for Military dog tags – and durable embossed metal manufacturing tags.  This began our association with the Addressograph company… later to become Addressograph-Farrington – and ther, DataCard.  Embossing/ debossing equipment was used for medical ID, and credit cards.

In the early 80’s, we collaborated with the IT manager of the local Eldorado Casino to produce the first casino player tracking system, utilizing Datacard plastic card embossers.    Being in the ‘birthplace of modern gaming’ – Reno , Nevada – this was a natural move.   The player card printer of the day was large and heavy – typically over 80 lbs.  He formed CMP, later acquired by Bally Technologies – then most recently acquired by Scientific Gaming. Today’s printer is 15 lbs and flat prints full color on a plastic card, along with encoding the magnetic stripe.

The products and services at Harry’s would continue to change with the times.

In 1980, the computer age (along with Harry’s grandson, Gordon’s son) Gary Foote arrived at Harry’s Business Machines. It was at that time that we first were asked to represent Hewlett-Packard products.  These were the days of each computer manufacturer having their own proprietary operating system and software.

A few years later, on the introduction of the first laser printer, HP began to allow dealers to service their products, and Harry’s participated wholeheartedly.  We continue to employ our lead tech, the 39th field tech in the world to obtain an HP Certification number (CZ039), likely one of a handful of the most experienced printer service techs available.

We always view technology as a tool – a means to an objective for our clients, rather than being drug along with fads that are sold (naturally) by companies highlighting only the potential feature and promised benefits.  We prefer to take a more realistic approach in advising our clients – recognizing potential pitfalls in systems.  It’s said “Anything’s easy for the guy that doesn’t have to actually do it”.  We choose to take a different – and we believe a better and more honest approach – by having the same individuals that represent a product or ‘solution’ actually be the one that makes it work.  Representations tend to be far more realistic that way.

We specialize in being uncommonly available and responsive to our clients – and doggedly persistent with vendors to solve technical issues, whether with hardware, software, configuration or operation.